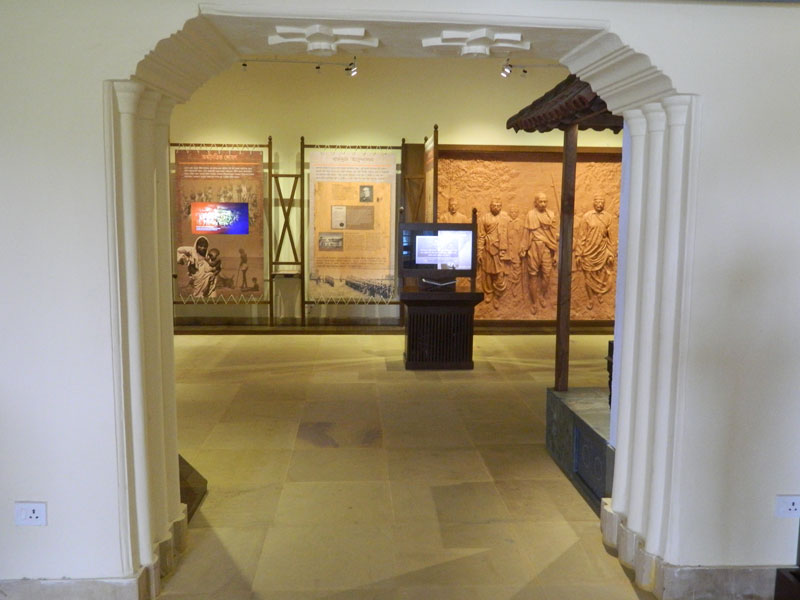 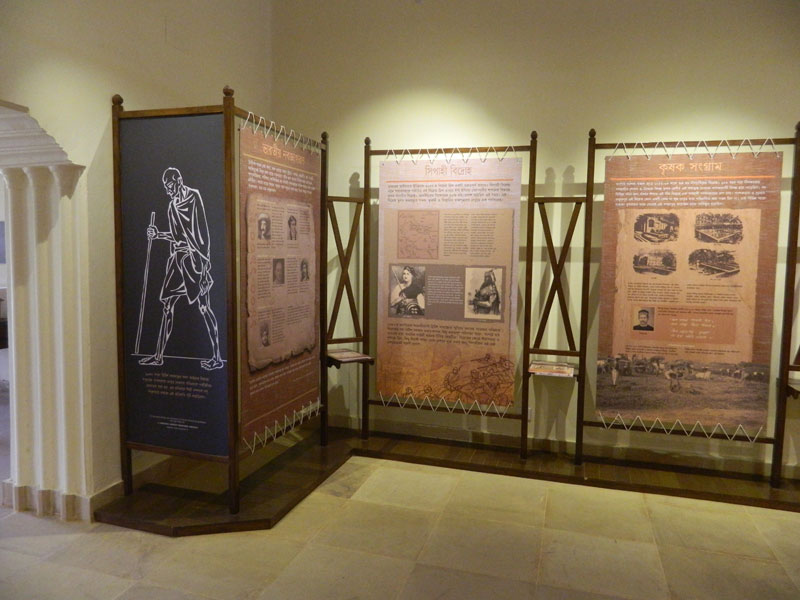 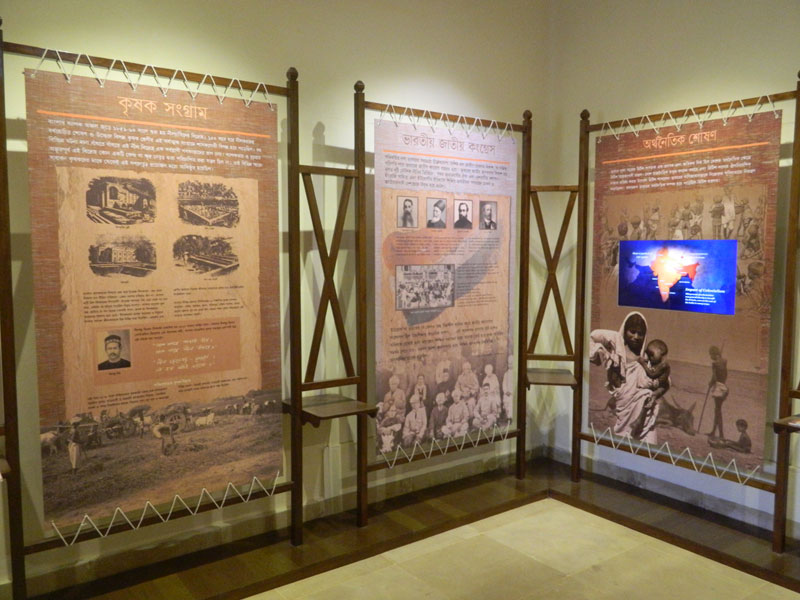 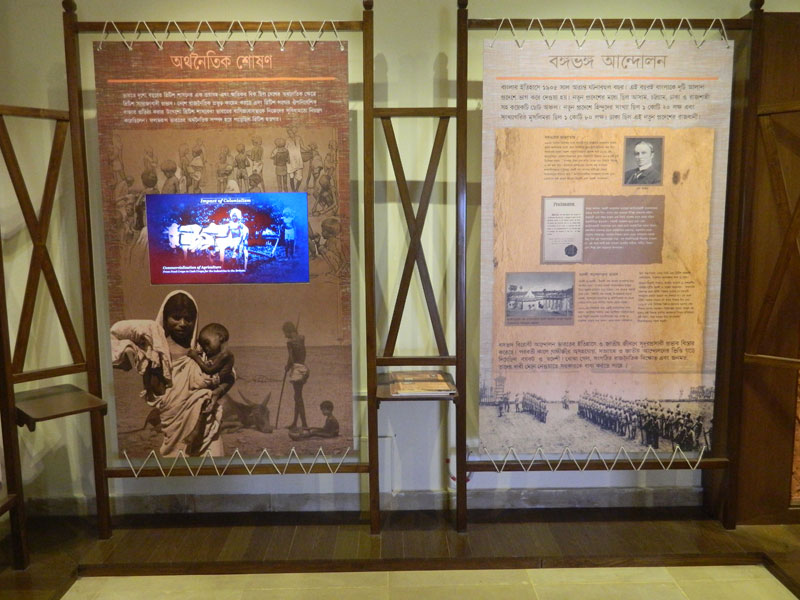 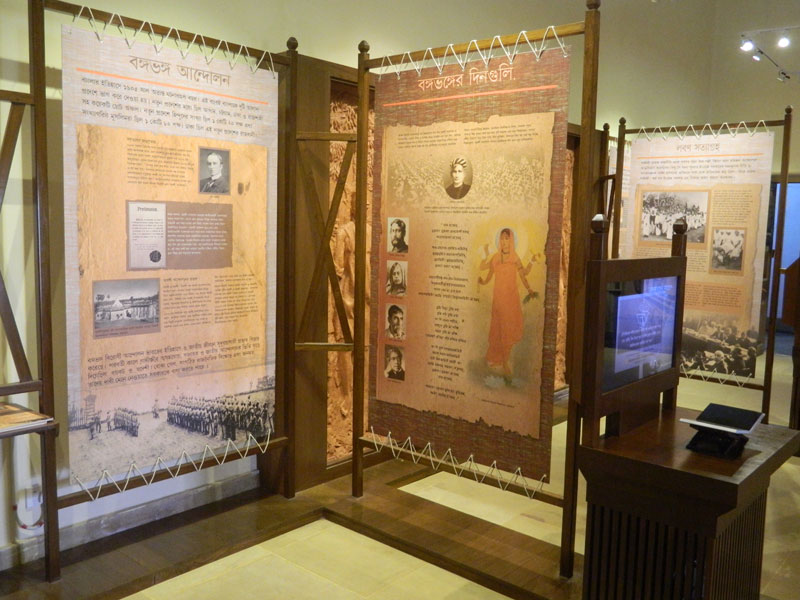 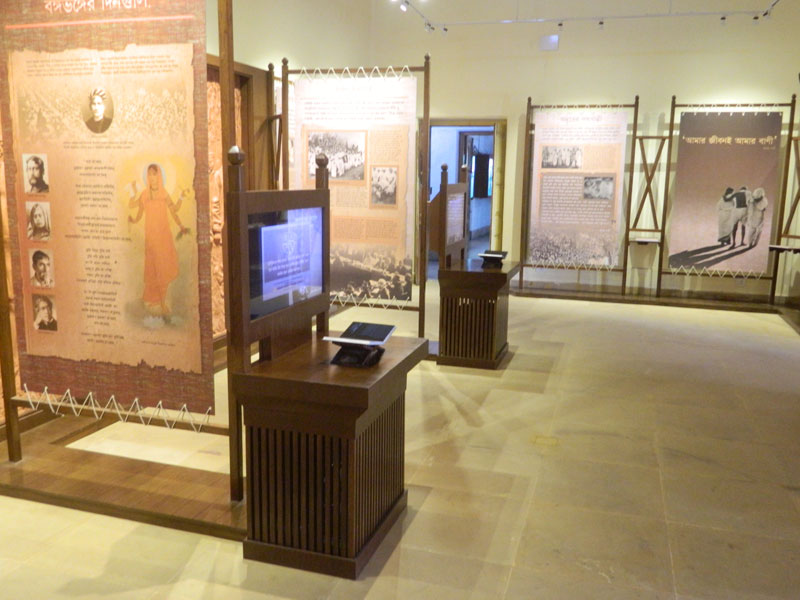 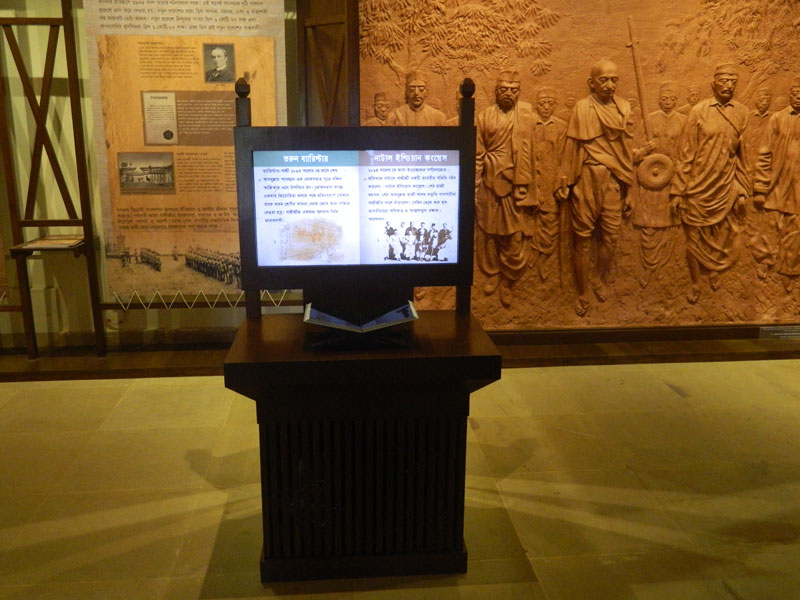 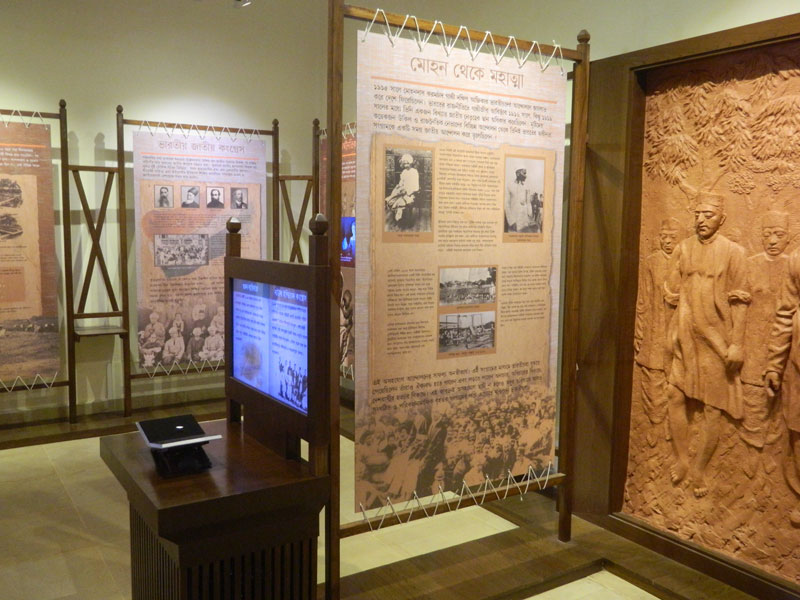 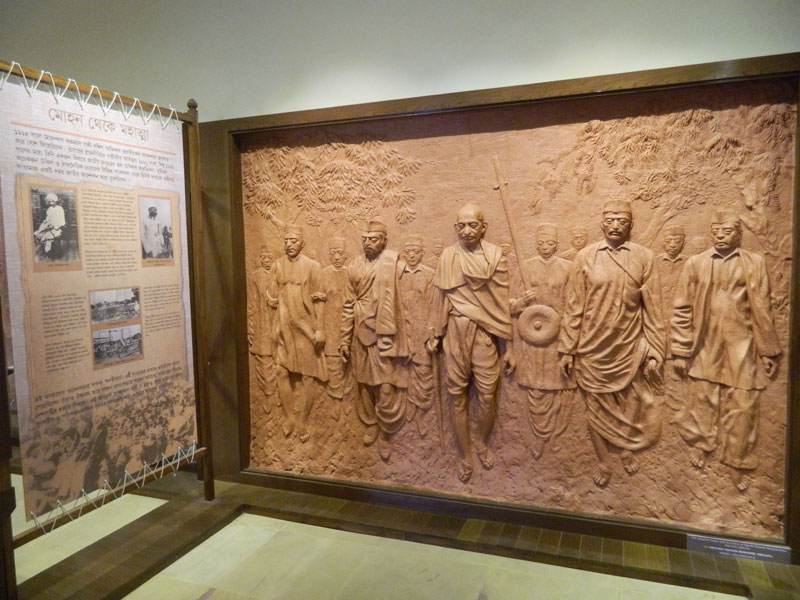 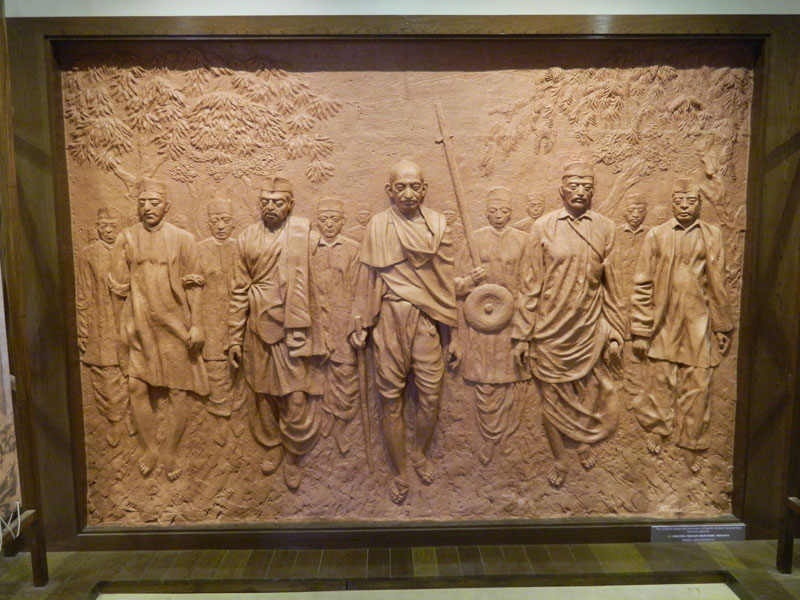 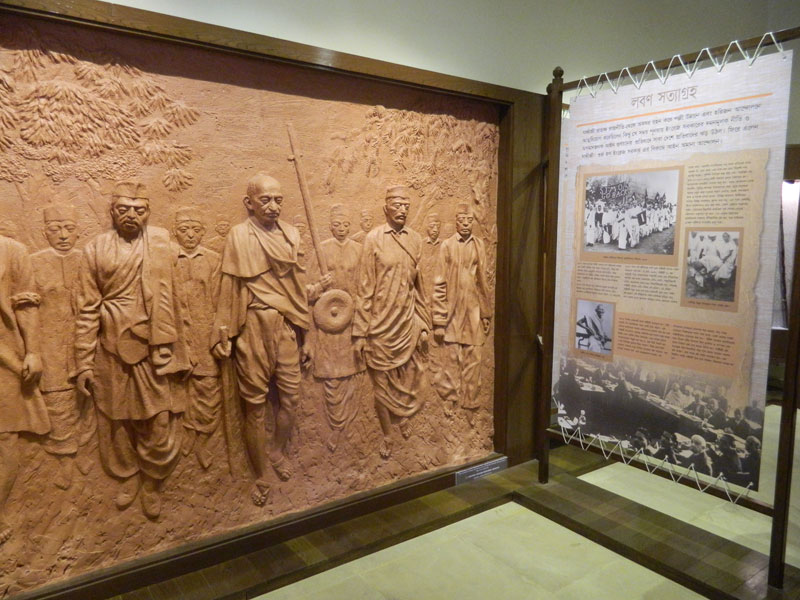 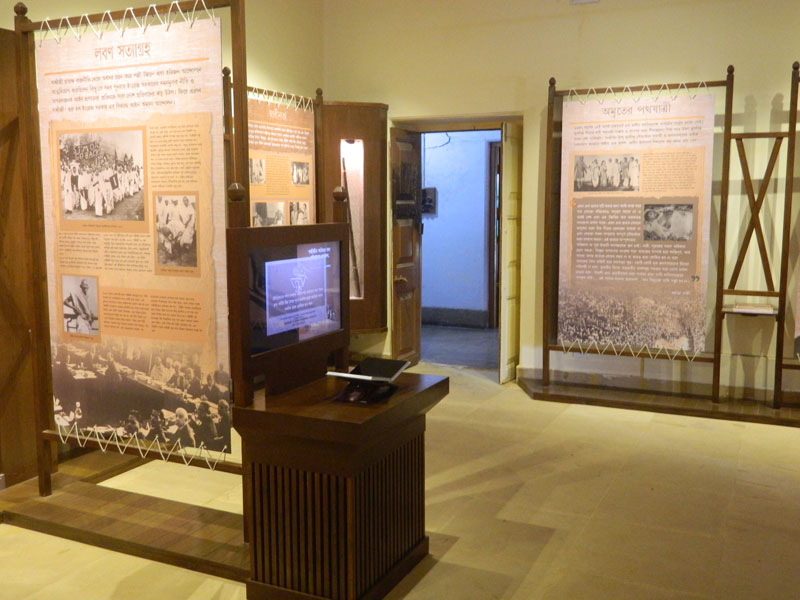 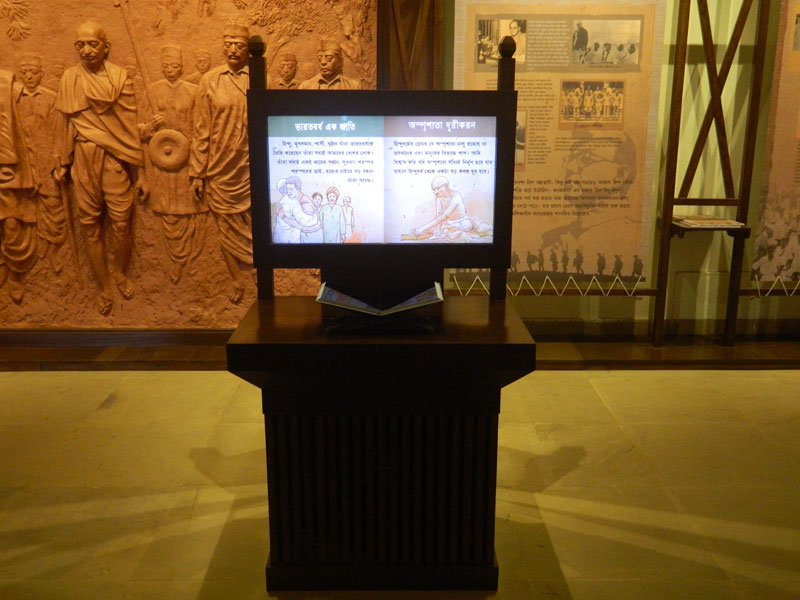 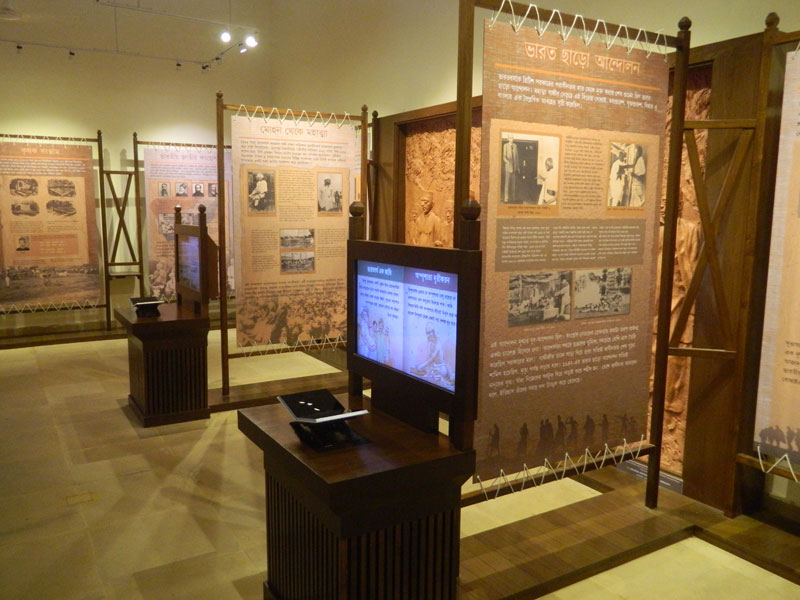 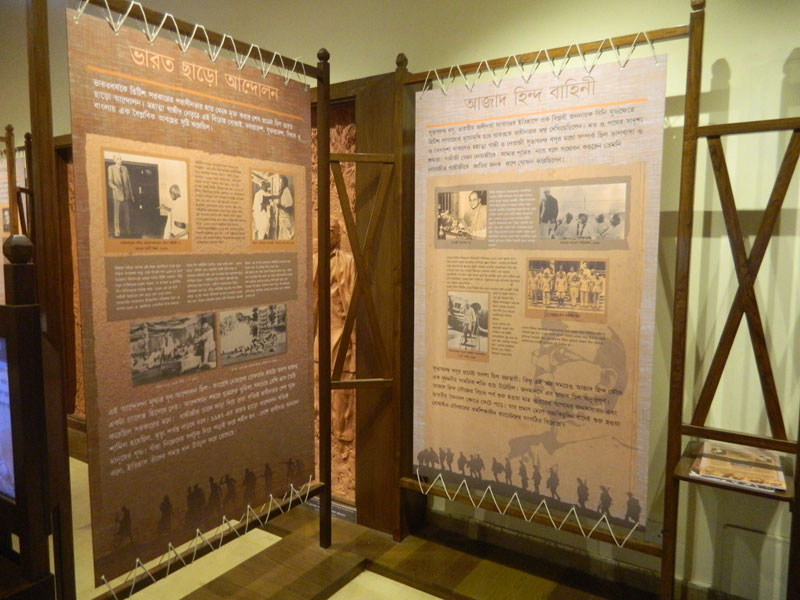 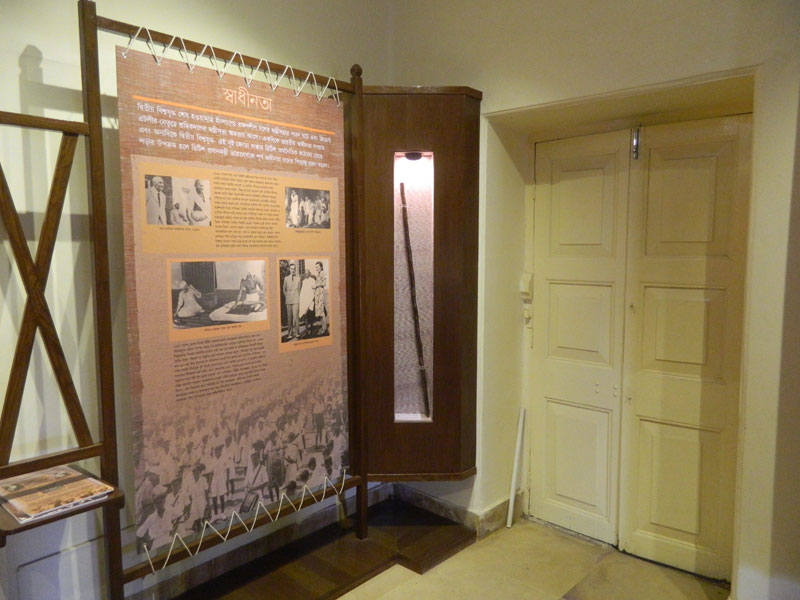 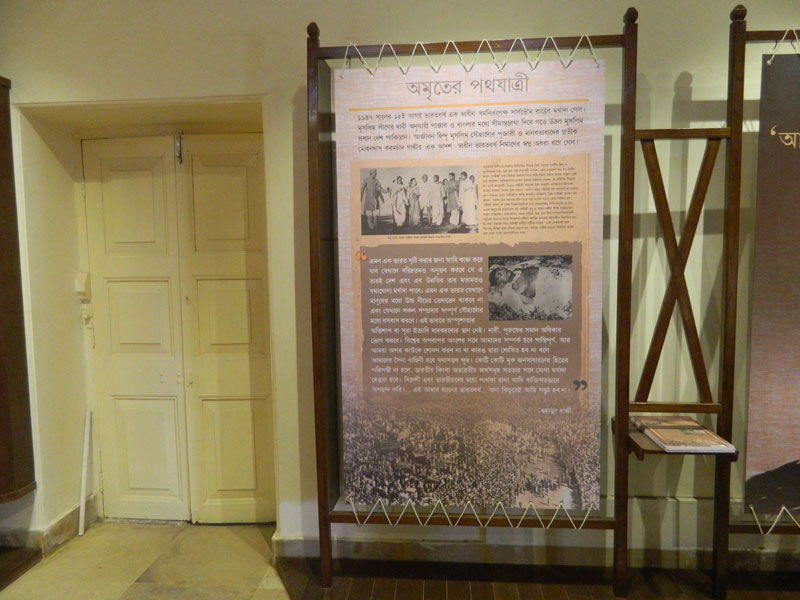 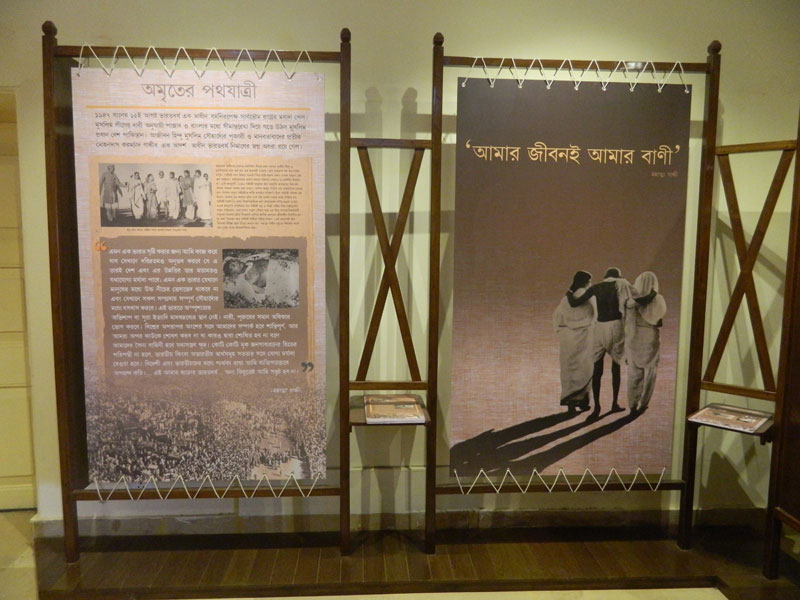 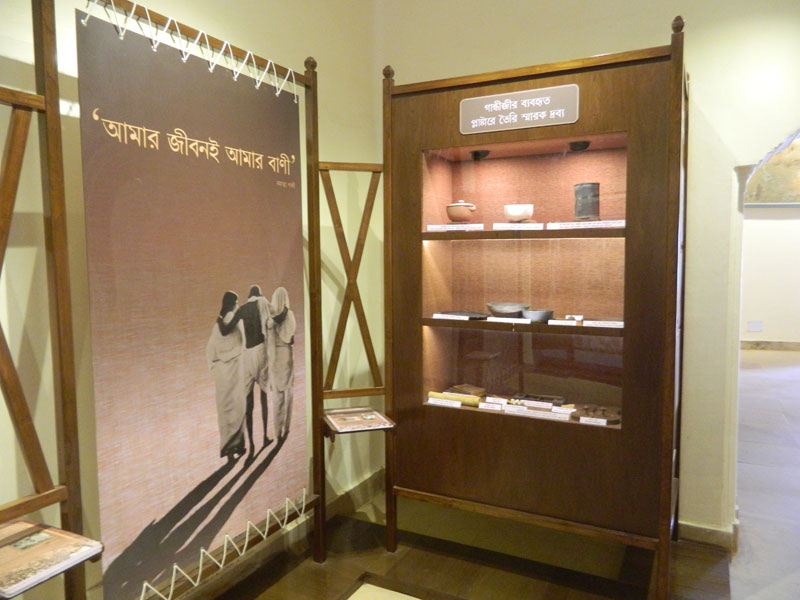 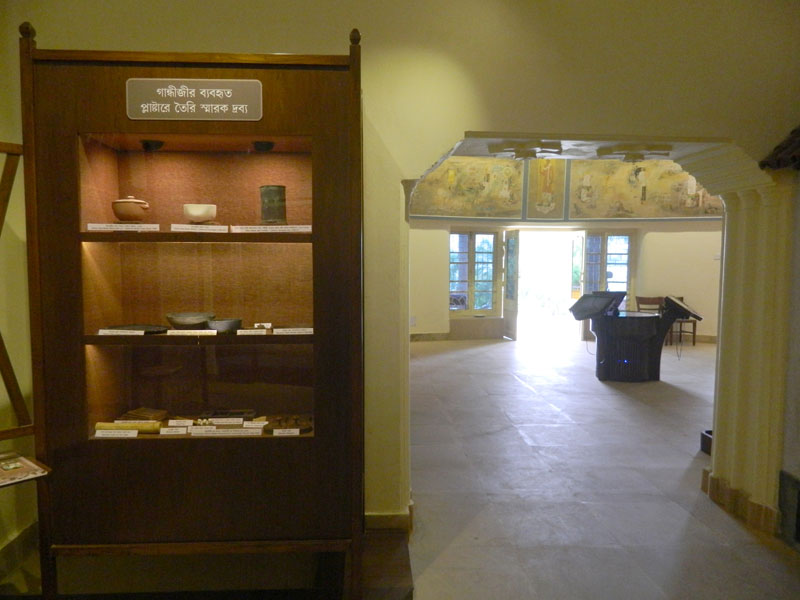 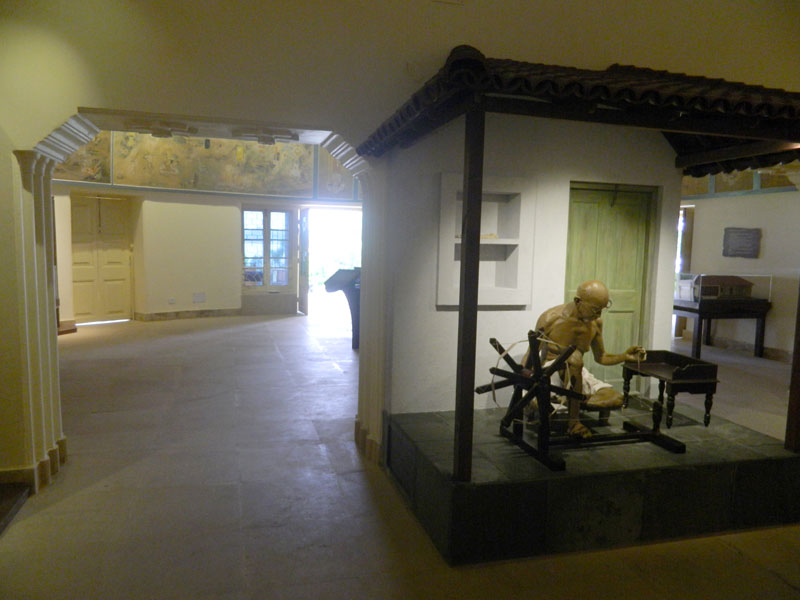 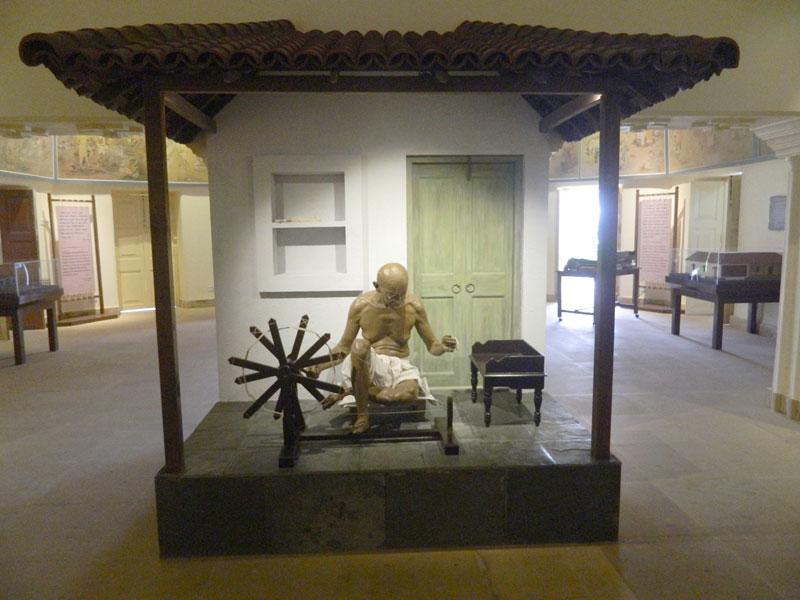 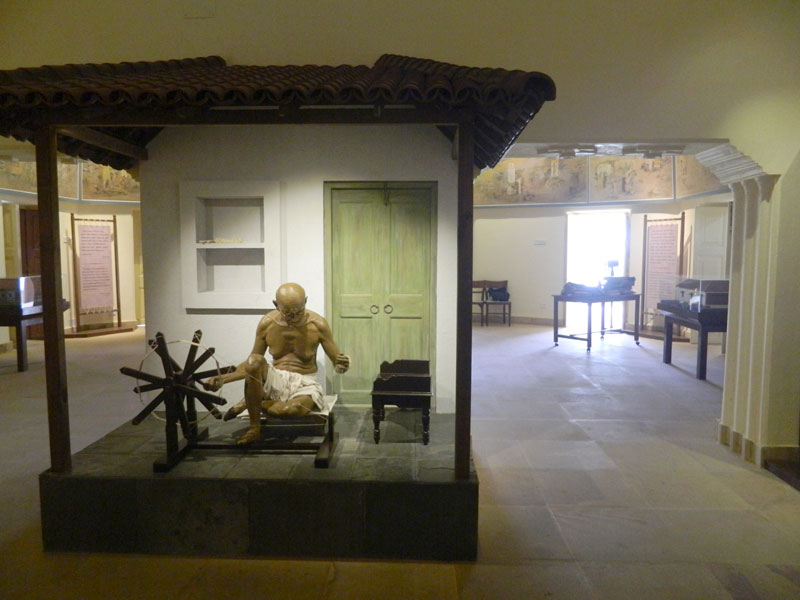 Gallery on Mahatma Gandhi & Indian Freedom Movement depicts the life and activities of Mahatma Gandhi and the memorable history of Indian Freedom Movement. The story behind the history of Indian Independence has been presented by means 12 panels along with photographs and proper labels. The story is presented through various important historical phases of our country including Indian Renaissance, The Great Mutiny of 1857, Peasant Movement, The Indian National Congress, The Partition of Bengal, Days of Bengal Partition, Mohan to Mahatma, Salt Satyagraha, Quite India Movement, Azad Hind Fauz, Independence, Assassination etc.

Besides these the relief painting on the Salt March lead by Gandhiji along with other Satyagrahi?s towards Dandi, that started from Sabarmati Ashram on March 12, 1930 is another interesting exhibit of this gallery.

The incidents of Satyagraha Movement in South Africa and the eighteen (18) Communal Structure for the welfare of the society which was constructed by Gandhiji, are also presented in this gallery through flip books.

A life sized model of Gandhiji in fiber optics spinning the charkha sitting down in front of Sabarmati Ashram is also exhibited there.

The visitors could be overwhelmed by listening to one of Gandhiji?s most favourite ?Ramdhun?- Raghupati Raghav Raharam which creates a great ambience of peace prevalent in Sabarmati Ashram.